Last week, President Biden signed the Inflation Reduction Act into law, which Congress passed earlier this month along party line votes. The law includes a wide array of energy subsidies and price controls on medicine, in addition to establishing higher taxes on businesses in the form of a higher minimum book tax which will disproportionately affect capital intensive businesses like manufacturers, telecommunications, utilities and energy producers, and a new tax on stock buybacks.

Pennsylvania’s delegation was split on the vote with Senator Bob Casey and all Democratic House members a yes, and Senator Toomey and Republican House members, including Congressman Dan Meuser, voting no. In the wake of the law’s enactment, progressives in the U.S. House are expressing strong opposition to permit reforms, which Senator Manchin and Senate Majority Leader Chuck Schumer promised Congress would take up later this Fall as part of the deal. 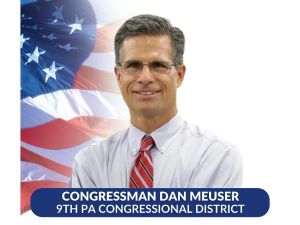 The Chamber expects that the Inflation Reduction Act will be a big part of the conversation as the Chamber hosts Congressman Dan Meuser for a breakfast meeting on Thursday, August 25.  Congressman Meuser has been an outspoken opponent of the legislation, likening it to the peeling of an onion – “The more you peel it back, the more you want to cry.”  We also expect the Congressman to talk about his recent trips across the 9th District and to discuss other critical issues such as inflation and workforce shortages.

To attend the Chamber’s breakfast and connect with your federal representative, register here.

Read the full text of the Inflation Reduction Act of 2022, here.